Gripped by curiosity, we can’t help but indulge stories of the world beyond.

Ancient myths and modern legends overflow with spirit guides and communications from the other side, upon hearing them some recoil in fear. Others can’t look away and move in closer, perhaps filling their home with these legends’ artifacts.

We have all seen movies or tv shows with ouija boards and seances. Some make us laugh, others we watch through our fingers as we cover our eyes. A quick look at Reddit, and you can find a bunch of real-life tales of communication with the other side.

“I can see you through your window.”

“I can see through your eyes.”

After these messages forced the teens to investigate, they found a huge black cat under the car and never touched a board again. 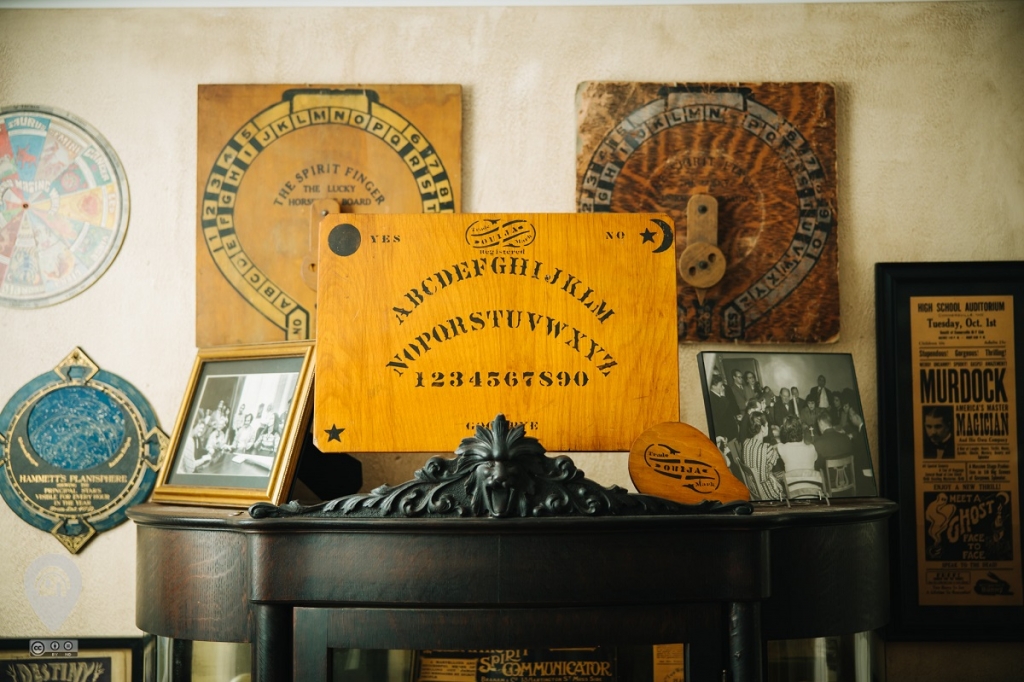 There are hundreds of personal accounts of interaction with planchettes and ouija boards. Spirits breaking glasses when they are pushed too far, correctly predicting a loved one’s death within days. Even stories of burning or breaking boards out of fear only to find them returned to the shelf unharmed the next morning.

Are these events real?

Can all these stories just be a coincidence?

Maybe the whole thing is totally fake. Groups of friends are duped by the sneaky friend who secretly moves the board’s device to scare the others. 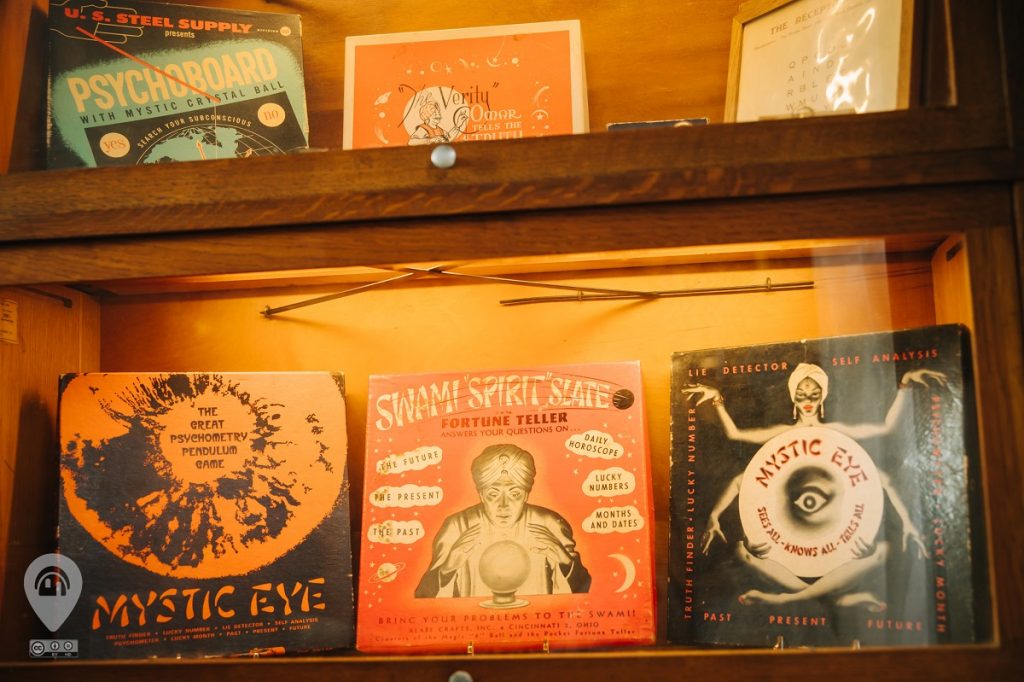 Or maybe it’s something more than imagination. Science suggests that the ideomotor effect, a phenomenon where our bodies can move and act without us being conscious of it, can impact the planchettes to write or spell things out on a board. Everyone can truthfully participate while not moving the pieces but actually be moving the pieces. Simultaneously, this ideomotor effect can potentially reveal unconscious knowledge; it might not be talking to the dead, but it is certainly still a little weird, right? Things we didn’t know we knew were being told to us through these ancient and yet modern manufactured devices. Where does the information come from? What allows us to tap into the unconscious.

Indeed, there are aspects of legend behind these planchettes and automatic writing machines, and as with all things otherworldly, we may never know the full truth. But maybe it’s better that some things stay a mystery. 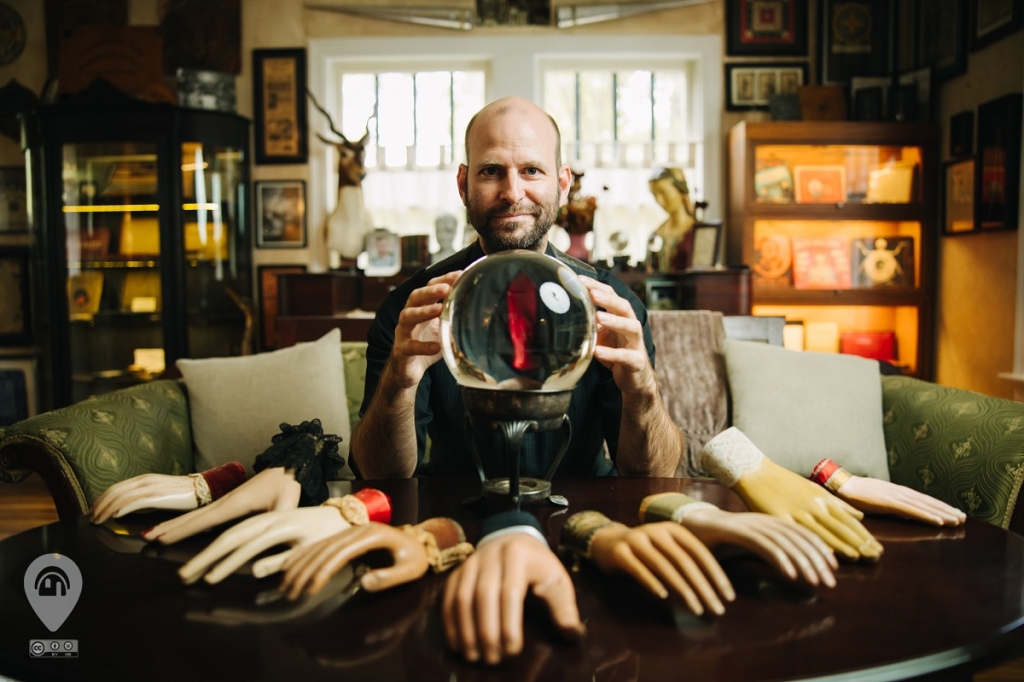 A peek inside the Mysterious Planchette House

Brandon Hodge has embraced the mystery. He refers to himself as an occult archeologist, and planchettes are a serious hobby of his. Hodge’s home is filled with artifacts from seances, spirit communication devices, and other esoteric items of interest. You can check his collection out on this year’s virtual weird homes tour.

Hodge’s items go beyond a bunch of spiritualism artifacts. They are more of a curated collection that tells the story of their use and development over time, but he is unashamedly most interested in the planchettes. 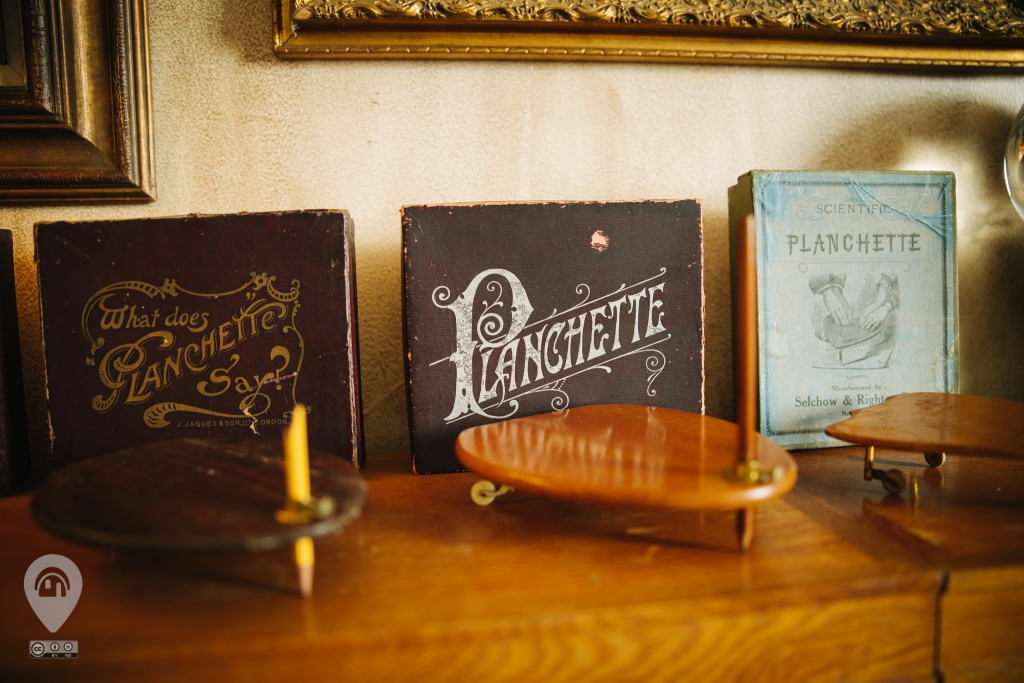 What is a Planchette?

We are most familiar with an ouija board, and the board is nothing though without the communication device that moves along its surface. This device? You guessed it, a planchette. Whereas the boards have letters and numbers for sending messages, the first planchettes were a single piece with two wheels and a place to hold a pencil. The communication would happen by moving the device around, and the pencil would record the messages from the other side. If this seems a little cooler and more mysterious to you, that’s because it is. The idea of a spirit trapped in a basement writing you a note warning you about the other spirits around the corner that call them names would have me enraptured for hours.

These automatic writing machines’ inherent mystery is obvious, but they were often sold as novelty items or even toys. Seems a little strange. In a stroke of marketing genius or otherworldly evil genius, who is to say which, JW Cottrell created one of the first mass-produced versions after he was shown the idea from a spirit who told him how to make it. 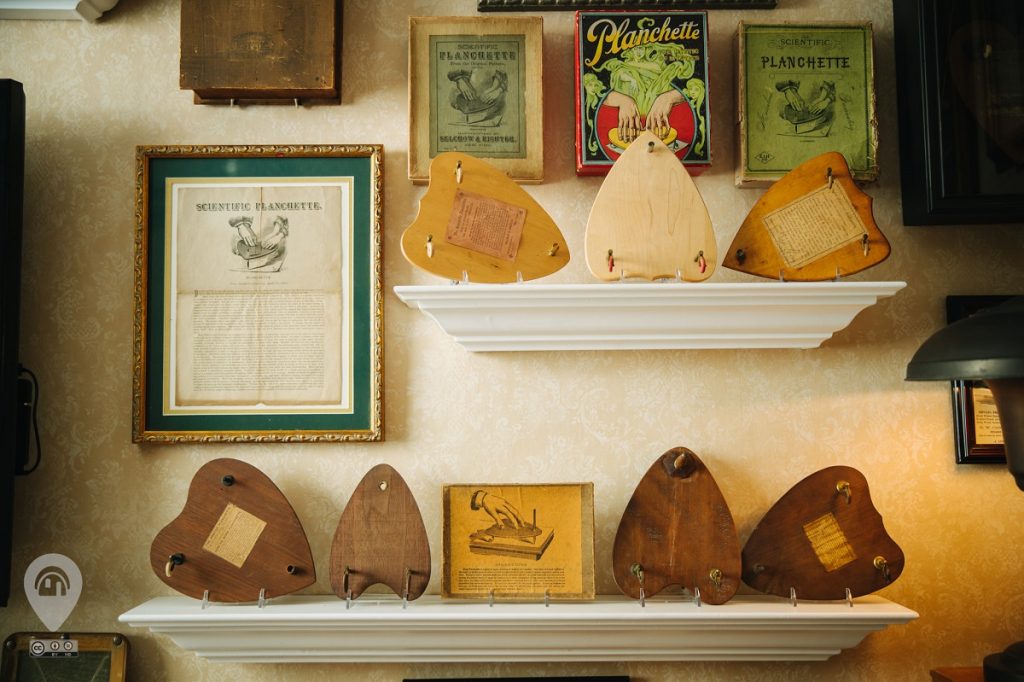 The standard shape resembles a heart, but if you spend time perusing Hodge’s collection, you will see all sorts of planchette shapes. Many are slight variations of a heart, but some take the form of a mentalist floating head, a hand of fate, or just an egg.

And not just different shapes. Planchettes were also made using different types of materials. In another stroke of genius that I will let you decide from which it came, they began to make the devices from materials that would prevent outside influence from the spirits communications. Sold as “Indian rubber,” the Kirby & Co #3 was made from ebonite, which would insulate the device from magnetic fields’ interference. Another model was made from plate glass, which would clearly catch everyone’s eye at the spiritualist fashion shows. But more importantly, the glass allowed for users to see through the planchette, which “makes for much more legible spirit communication.” 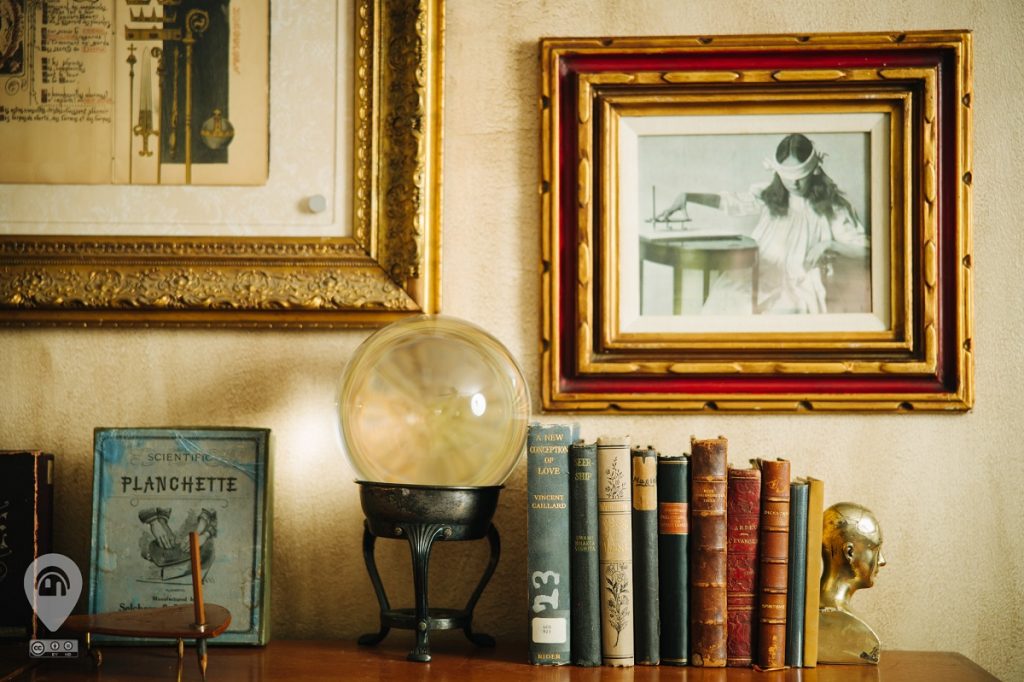 These devices and their history are endlessly fascinating, but the real treat of visiting this weird home might be Brandon himself. His knowledge of the origins and lore behind each piece plus all of the additional artifacts that connect them all together is what makes the tour itself worth your time. The enthusiasm that pours out as he shares each prized piece from his collection sucks you in, and takes a bunch of pieces of wood with wheels and fills them with spirit. (pun 100% intended) There is no doubt that there is a presence in this house; where it comes from, we can’t be sure. What is sure is that mystery lives in this house. 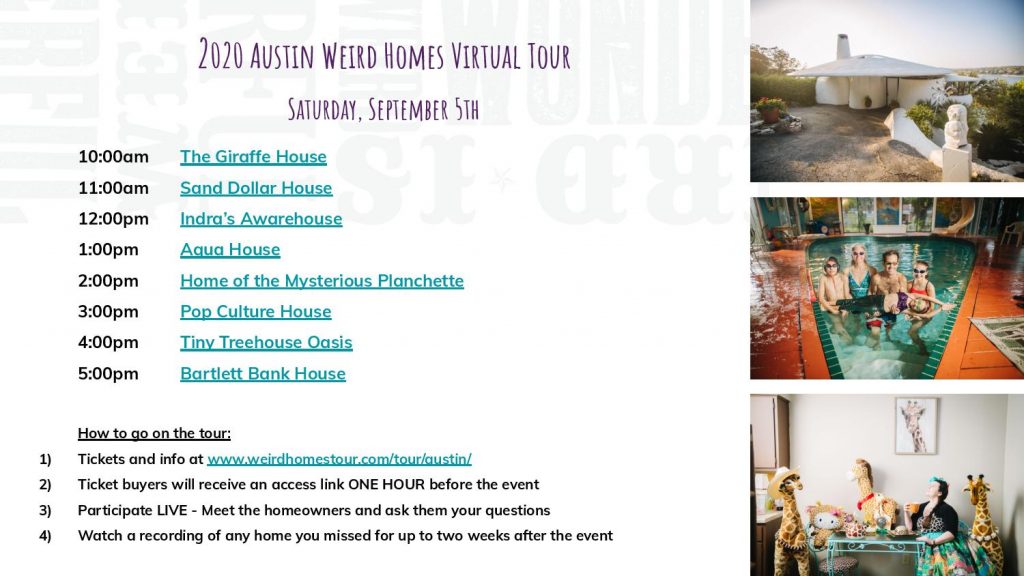 Brandon’s house is only one of many that will be on this year’s Austin Weird Homes Tour. Spiritualism, not your style? The tour features homes from all across the weird spectrum. From eccentric collections to unique architectural oddities. And don’t forget that there are humans behind these oddities with stories that bring the weirdness to life. You can check out opportunities for our virtual and in-person tours by following us on Facebook, Instagram, and YouTube.