Welcome to Our Virtual Tours!

Now in 2020, the Weird Homes Tour is offering a whole range of ways to experience our wonderfully weird homes from the comfort and safety of your home.

Check out our schedule below! 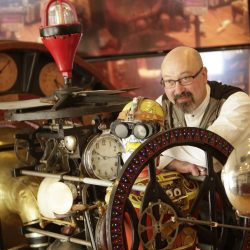 Bruce Rosenbaum has been dubbed the Steampunk Guru by the Wall Street Journal and Steampunk Evangelist by Wired Magazine. What better fitting place for his home gallery and workshop than a converted 1876 Victorian Church! So be sure to join us as we meet Bruce, learn about all things steampunk and see is AMAZING home and work. He’ll turn you into a true Steampunk believer.

6pm CST – GET YOUR TICKETS 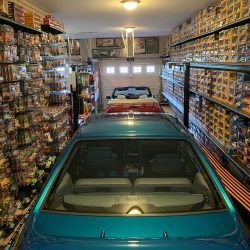 Andy Goodman has been a car guy since his early teens. Today he helps plans professional automotive and car collectible events. He’s also an internationally recognized model car collector whose personal collection is documented to consist of over 30,000 unique pieces and is displayed proudly throughout his home. 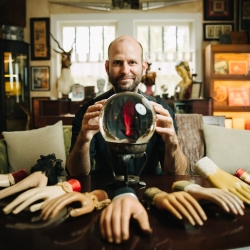 By popular demand, historian and self-professed occult archeologist Brandon Hodge is back and invites you in for a virtual home tour this January. He’ll reveal his massive collection of artifacts and relics of Spiritualism, a religious movement that gained popularity in the 19th century. You’ll see fragments of the house in Wayne County, New York, where the Spiritualism movement started, Ouija boards, and many more spectral objects used to contact the departed. 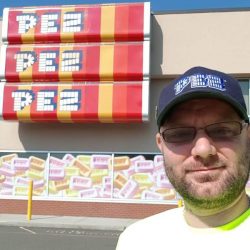 Jon Hicks describes himself as a “Pez Head”. He’s been collecting Pez since he was just 11 years old and today has a home office FILLED with thousands and thousands of dispensers. He’s even converted his wife, Rachel, and their children into the hobby. Together, they attend conventions after convention to converse with other Pez Heads. 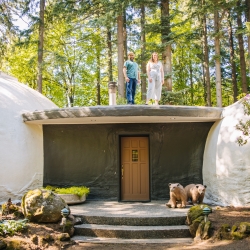 Dutch artist, musician, actor, and mime, Francisco Reyners designed and built the Dome Home in 1978.  Reynders mistrusted right angles so he chose to build a series of nine domes linked together by flat roofs. These domes hold many secrets.  First off Reyners used salvaged materials from the WWII aircraft carrier USS Bunker Hill.  Next, if you look close enough you will find  painted satyrs, secret passageways and other dramatic surprises just waiting to be discovered.

Artist Christine Claringbold and her husband Charles aren’t afraid of color.  You can see the Claringbold’s love of color in their House of Sarcasm. Its kaleidoscope of vibrant colors and patterns will wow you. Every room has its own uniquely rich color scheme with explosive mandalas radiating out from the ceilings and into the rest of the house. To top it all off, Christine’s vinyl record artwork and vintage psychedelic housewares collection complete the design. And just wait until they turn on the blacklights! 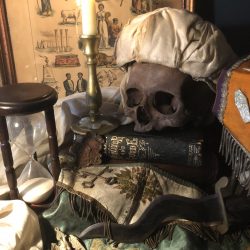 February 25th – Home of the Found and Forgotten

Someone once told Wren that his apartment is like “Grey Gardens meets Hellraiser” and we would all have to agree! There’s equal parts macabre and the beauty of the ravages of time.  Every wall and surface grows with his collections like a coral reef consisting of the found and forgotten. Want a piece?  Check out his store! 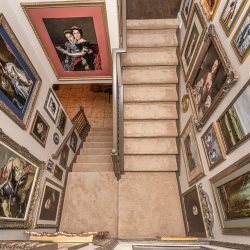 What a better place to step into the night and experience some adventure, knowing that you can return to this Wizard themed house in Orlando, Florida. Explore the wizard train room and the enchanted staircase of paintings. The only question is what room will the sorting hat tell you stay in? 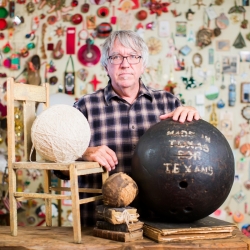 March 3rd – Atlas Obscura: Living With the Things You Love

If you thought that Steve Wiman, owner of Austin’s iconic vintage store Uncommon Objects, would have a weird home, then you would be 100% right! This house is a collection of collections. Join us as we explore a treasure trove of personal acquisitions from around the globe. You will find collections of carved stone books, mother and child figurines, hand made Christmas ornaments, Mexican clay bird wall pockets and balls of all kinds including impressive string balls and Chinese “puzzle balls”.   You might just walk away from this tour wanting to start a new collection of your own!